Ayurveda and the Full Moon

‘Yat Pinde Tat Brahmande’ is a Sanskrit axiom that holds a tremendous secret of this creation—’Whatever is in this body is in the cosmos too’. On a clear full moon night, it is difficult—if not impossible—to not be drawn to the cooling afterglow of this celestial gift; so much so that you can feel the calm seep into your being just from the act of intense gazing. Ancient cultures always believed in the inter-connectedness of beings and that everything affects everything else. This created room for reverence for the celestial bodies among many native cultures in the world. Modern science is only now catching up in its acceptance of this connection. (Remember the butterfly effect?) It is the similar connectedness that humans have shared with the moon too, since time immemorial.  But how does this connectedness play out on our health and state of mind? What does Ayurveda have to offer in terms of understanding our association with the moon?

Moon and the Mind

A basic association that is drawn is that the moon influences the water element. It influences the way tides rise and fall. Our bodies are made up of 90% water, so it is not unlikely that the moon should have an influence on our bodies and mind as well. Quantum physics also talks about how everything in the universe—stars, planets, galaxies, living beings—operates on a certain frequency. And so, the frequency of the moon also interacts with the frequency of our mind to create a certain impact on us. The moon influences both the conscious and subconscious mind (that stores memories and impressions).

According to one theory, this interaction between the moon and our mind can cause the subconscious impressions to float up to our conscious mind, without some of these impressions and memories having much relevance, as part of this churning exercise. Since, it is a known neuroscience fact that the subconscious has a say over 95% of our life, this can cause turbulence in our mind, affect our mood, and mess with our ability to think straight. This is possibly how ‘craziness’ or lunacy came to be linked with the moon. This is also why sages of the ancient past have put emphasis on the need to engage in spiritual practices, contemplation, and going inwards during the full moon.

According to Ayurveda, one of the oldest healing systems in the world, the moon has a soothing and calming effect on the body-mind complex. It carries and reflects the sun’s light energy without its harshness; balances excess heat; and is also known to help in the treatment of certain illnesses and conditions like migraines, rashes, blood pressure, and inflammations. The moon, called Chandra in Sanskrit, is also associated with the kapha dosha that combines water and earth elements.

It also has to do with the time of the year and Visarga Kala. In Ayurveda, Visarga Kala refers to months with longer nights and shorter days—that is autumn and winter when kapha and pitta dosha dominate. In this period, the moon has a pronounced effect on our body and mind. This is an ideal time to build resilience with nourishing, sweet, unctuous foods. Our immunity is relatively high this time of year.

Though the moon affects our minds and emotional states across gender, it has an even greater association with the feminine body and the menstrual cycle.

It is not merely coincidental that menstrual cycle runs for 28–29.5 days—the time it takes for the moon to complete one revolution around the earth, when the moon is visible in phases, waxing to a fully visible size and then waning into a dark patch on a new moon night. But how are the two related?

Granted that this association is more intuitive than anything science has been able to establish, this ancient wisdom has stood the test of time and plays out in the life of every woman by the time she hits puberty.

The moon is said to be associated with the right side of the brain, creativity and intuition, pituitary gland, and the female reproductive organs. Aligning one’s menstrual cycle with the lunar cycle was known to advance wellness, health, fertility, and helped manage period pain better. In medical astrology too, the moon is said to influence the release of hormones like estrogen and progesterone.

When the menstrual cycle is aligned, it is believed that during the  first 15 days in the waxing phase, estrogen builds up in the body and ovulation happens with it peaking on the full moon. In the waxing phase women may experience that they are more creative, energetic, expressive and sexually attractive-basically more in their element.  Then the waning phase culminates into the new moon and the menstruation starts, a time said to be conducive for reflection, rest, and recuperation.

Ancient wisdom talks about some ways the moon is said to influence our body on an emotional and mental level, though science has very little in the way of research to offer for it as yet.

Regulating emotions. One may experience strong emotions, doubts, feeling low during the new moon phase. Once you are aware of this close relationship between the lunar cycle and your mind, it becomes easier to become witness to this emotional roller coaster.

Affects your prana or life force. While the new moon phase can have you feeling gloomy, you may experience too much prana or energy and excitement on full moon days. It is equally important to be conscious of this change in prana levels, so you do not end up overexerting or injuring yourself with over activity.

May help conception. Some wellness experts believe chances of conception are higher when ovulation is aligned with full moon phases. Fertility cycles as much as menstrual cycles are linked to the moon.

May help with understanding of sleep disorders. A Swiss study found something interesting about the moon and sleep connection. It showed that participants put in a sleep lab for 3 and half days, without sunlight or watches, found it harder to sleep on the full moon day with their regular sleep reduced by 20 minutes. There was also a reduction in melatonin, a hormone that regulates sleep.

Helps with the menopause. Not just pertaining to fertility, but as women enter the transitional phase of menopause or perimenopause, basking in the moonlight can have a cooling, soothing and transformative effect on the mind, as the mind is ravaged by storms of emotions and physiological symptoms including irritability, anger, feeling low, migraine, inflammation or hyperacidity.

Why is rasa so important to women in Ayurveda? Moon is said to be the controller of Rasa or juice in plants. It also influences the rasa in our body (plasma). Rasa dhatu is key for women’s health as it influences menstruation and lactation. Rasa dhatu is represented as the plasma, bodily fluids, interstitial fluid and the lymph in the body. The secondary byproduct of rasa dhatu is menstrual blood (artava) and lactation in nursing women. When Rasa dhatu is imbalanced, it naturally affects its byproducts too.

When rasa is in balance, menstrual bleeding is likely to be regular, PMS symptoms will be more manageable and menstrual problems may be prevented with healthy elimination of artava. Eating food rich in phytoestrogens, following a daily routine suited to one’s dosha, and eating artava balancing herbs like fenugreek, ajwain, cumin, turmeric can help you bring rasa in balance.

Moon bathing is the ancient practice of putting aside everything else for some time and exposing oneself to the moon light; taking in the hue and color of the moon; soaking in its calming energy and effusive glow, communicating with the lunar body in silence. It is a way to align oneself with the celestial beauty of the moon and universe as a whole and experience the connectedness that has been discussed in spiritual and religious texts for ages.

Moon bathing can also benefit you by

Here’s an Indian dessert recipe for you which is traditionally prepared on full moon nights, especially the one that appears in the Hindu lunar month of Ashwin, occurring between September and October. This particular full moon is celebrated as a day of harvest, when believers are known to fast the whole day. The silver porridge is a traditional recipe which is made in the evening with all the community members gathered together. The porridge is kept under the full moon night and consumed the next morning.

It is a good idea to meditate on a full moon night, to soak in the natural glow of the moon, when it is at its brightest. Meditation also helps bring into balance the vectorless energy of a restless mind that we tend to have on a full moon day. It also activates the pineal gland which is associated with the moon.

This moon-bathing guided meditation from Art of Living founder and spiritual master Sri Sri Ravi Shankar will rejuvenate your soul, and take you on a 20-minute immersive journey in stillness. It can be done while sitting, facing the direction of east or west, preferably in a place where rays of the moon can reach you. 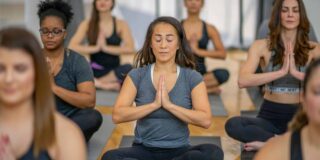 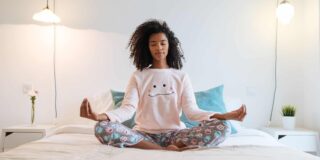 How to Stay Awake During Meditation 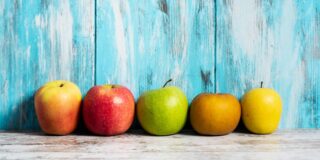 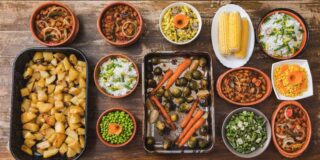 Ayurveda 101: The Basics of Ritucharya

Why Be Choosy About a Smoothie?