The National Institute of Mental Health (NIMH) defines depression as “a common but serious mood disorder.” Depression can affect the way we think, feel, and handle life responsibilities and daily activities.

However, according to the American Psychological Association (APA), it is “more than just sadness.”  Individuals with depression experience profound and pervasive grief, problems concentrating, and a lack of interest and pleasure in day-to-day activities. And this description is so far just skimming the surface.

So what do we need to know to understand depression more fully? Let’s dig in…

How Common is Depression?

So how many of us are affected by depression? Perhaps more than we may think.

According to the National Alliance on Mental Illness (NAMI), almost 7% of US adults have had “at least one major depressive episode in the past year.”  Depression affects people of all ages and backgrounds.

Globally, it is estimated that 322 million people have depression, according to statistics from the Anxiety and Depression Association of America (ADAA). Depression also represents the most common disability in the US.

The statistics suggest many more of us than we may have surmised are affected by depression, so let’s learn a bit more.

There is more than one type of depression. In fact, there are several recognized types of depression, and their descriptions and symptoms differ one from the other.

According to NIMH and ADAA, types of depression include

These categories illustrate the variety of ways depression can manifest.

The symptoms of depression vary among depression types and even age groups. Let’s take a look at some general symptoms first before diving into the more specific ones.

According to The Mayo Clinic, the following are some of the more common symptoms of depression.

Depression Symptoms in Children and Teens

Depressive Disorder
Due to another Medical Condition

By bringing awareness to the myriad of symptoms associated with these particular categories, we better prepare ourselves to notice them.

What is the Difference?

It’s important for us to be able to distinguish between sadness and depression. So how do we determine that? The American Psychiatric Association makes the following distinctions between experiencing grief or sadness and having depression.

When we’re experiencing grief, our pain and sadness is interwoven with pleasant memories, while when we’re experiencing depression, pleasant thoughts are decreased. When we’re grieving, we still feel good about ourselves—no matter how sad we are, our self-esteem is maintained. However, when we’re in depression, we can experience self-loathing and worthlessness. Sometimes grief can be prolonged by the onset of depression if triggered by loss, but they are two separate issues to be addressed.

So, while grief is a reaction to loss, depression goes much deeper.

Some of the warning signs of depression include

The National Suicide Prevention Lifeline in the US is 800-273-8255 and is available 24-hours a day for anyone in need. Remember to call 911 in any emergency situation.

Depression does not have one single simple cause. Indeed, there are many identifiable conditions that contribute to the disorder. NAMI highlights the following causes:

Genetic factors plays a role, as depression appears to run in families. The experience of trauma, especially when we’re young, can lead to brain changes leading to depression. As many as 30% of substance abusers also have depression—a dangerous mixture, as alcohol worsens depression. There are many instances of potential downward spiral effects like these when we’re experiencing depression.

We can also benefit from taking a look at the risk factors for depression. Though not necessarily the cause of the disorder, they offer us a way to educate ourselves about our individual risk.

Are you high-risk or low-risk or somewhere in between?

Some of the common traits among those with depression, according to the Mayo Clinic, are

These factors may indicate a greater risk for depression, so awareness is crucial.

Depression can lead to a variety of negative outcomes if not addressed. According to Harvard Medical School, depression causes changes the way we think. It is thought that because depression involves the interruption of certain neurotransmitters such as norepinephrine, dopamine, and serotonin, detrimental brain changes can occur.

The changes in the brain, as well as the triggers for depression, seem to have a negative impact on cognitive skills such as information processing, attention, decision-making, memory, and executive function. Because these changes affect our everyday quality of life, these impairments are highly crucial for us to avoid when possible. Awareness is key.

The Mayo Clinic asserts that complications such as premature death, self-mutilation and other forms of self-harm, suicide attempts, social isolation, and relationship problems can occur, especially if it is not treated. Other conditions such as obesity—which may lead to diabetes and heart disease—alcohol or drug abuse, panic disorder, and social phobia are also all possible negative outcomes of untreated depression.

Depression is a serious and potentially debilitating disorder. Untreated, it can lead to complications such as obesity, cognitive impairment, problems in career and academics, relationships, and our overall quality of life. Depression can take form in a variety of ways, including major depression, post-partum, selective mutism, and other types. Becoming familiar with these types and their symptoms helps us to become more aware and thus better equipped to notice their presence.

Educating ourselves and addressing these issues can help us to be healthier, happier humans. We are thus better prepared to move toward living our best lives possible. 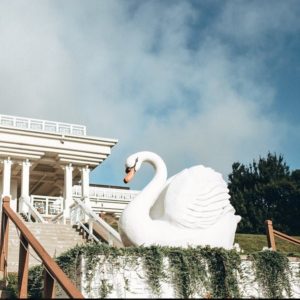 A holistic approach to a healthier life

Keep calm and Cleanse on!

A holistic approach to a healthier life

Discover the ancient healing science of Ayurveda a

These Rice Rollups are Cool as a Cucumber!

Simplify Your Pregnancy with Ayurveda

7 Benefits of Ayurveda and Coming to Balance

10 Ways an Ayurvedic Cleanse is Different from Regular Cleansing

The Benefits of Chia Seeds

Download, view online, or receive a complimentary copy of our Retreat Guide in the mail.

Here in this vast mountain range under serene blue skies, you will find beauty to feed your soul and peace to ease your mind.

Talk With A Program Advisor

Schedule a call to speak one-on-one with a program advisor to discuss your wellness goals.