Endorphins: Qigong is as Good as Chocolate

Emotions occur in the mind and body. Emotional states accompany the synthesis of neuropeptides, the chemicals of the emotions, sending them flowing to various parts of the body. This explains why we feel profound restfulness when the mind is contented, a queasy stomach when we are anxious, or a racing heart when we are in love.

How Qi affects your body

Two factors suggest a close connection between the neuropeptides and Qi. Firstly, neuropeptides, like qi, are produced in response to state of mind and influence the health of the internal organs. Secondly, neuropeptide receptor sites are located on the immune cells. This means that, like Qi, neuropeptides form a link between consciousness and immunity, mind and body.

The best-known neuropeptides are the endorphins, morphine-like substances found naturally within the body. Endorphins account for moods of well-being or euphoria such as we experience after enjoyable aerobic workouts (the “runner’s high”), eating chocolate – scientifically shown to produce endorphins – or dynamic Qigong training. Internal martial arts training, the most active type of Qigong, also engenders feelings of well-being, both during solo exercise practice or sparring. It is not unusual to see Taiji Quan players smiling happily even while being whacked by a boxing glove! Feeling good is good for you. The endorphins are known to stimulate the immune system and reduce pain.

Qi is more than endorphins

The sensation of being full of Qi, whether as a result of one’s own practice or of receiving external qi from a healer, corresponds to an increase in the body’s endorphins. If this is the only reason why Qigong feels good or reduces pain, then administering the endorphin blocker naloxone should prevent qi from having the usual effects. This has been experimentally tested in China. When rats were subjected to a painful electric stimulus, external Qi treatment reduced their pain significantly. Naloxone could only partially block this effect. This means that endorphins are a correlate of Qi, but that Qi is more than endorphins.

This post includes excerpts from The Healing Promise of Qi by Roger Jahnke; posted with permission. 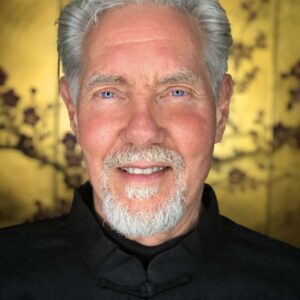 Roger Jahnke, OMD
Roger Jahnke, OMD, has dedicated his life to sharing the powerful holistic healing traditions of China. He is the author of The Healer Within and The Healing Promise of Qi, and the director of the Institute of Integral Qigong and Tai Chi (IIQTC). Dr. Jahnke has practiced Tai Chi, Qigong and Chinese medicine for more than 40 years, and is renowned for the clarity, compassion, humor, and depth of his teaching style. Dr. Jahnke has led 10 Qigong study tours, visiting hospitals, training centers, temples, and sacred sites in China, focusing on the cultivation of Qi for vitality and inner peace. Dr. Jahnke and colleagues at the IIQTC have contributed to the research evidence base and have trained well over 2,000 teachers and practice leaders internationally. Learn more about Dr. Jahnke and the mission of the IIQTC at IIQTC.org.