Exploring Wisdom: Sri Sri on the Eight Limbs of Yoga

Art of Living founder and guru Sri Sri Ravi Shankar spoke with Philip Goldberg on the importance of the eight limbs of yoga. As relevant as ever, Sri Sri’s wisdom encourages us to consider all aspects of a yoga practice as a path to greater fulfillment, health, and happiness.

What would you like people to know about Yoga?

Yoga is like a vast ocean. You can just go for a breeze, or you can go with an oil rig and drill for oil … yoga offers many things to different people at many different levels—whatever they aspire for: union with the cosmic consciousness, or physical health, mental clarity, emotional stability, spiritual ecstasy—all this is part of yoga.

Does it concern you that people think of Yoga only as asana [the familiar physical postures]?

Not really, because at that moment that’s what they understand. But once they start doing asana they start seeing there is something beyond that. If interest for meditation gets kindled, then they are on the right track. But if it stops at exercise … it’s not bad, but they will not reach the goal.

When people think of the classic eight limbs of Yoga…

I knew you would ask about that. Unfortunately, people think the eight limbs are eight steps, one after another. You know, when a baby is born it’s not that one limb develops after another. All the limbs develop simultaneously. The eight limbs of yoga are so interconnected, if you pull one all the others will come along with it.

The limbs are not sequential, they are all together. The practice of the others contributes to the ability to observe the yamas and niyamas. When we teach meditation in prisons, we see that the moment they have a taste of meditation, their whole thought process and behavior pattern changes. They start on the path of non-violence. They become very truthful, and the tendencies to cheat disappear. So the yamas and niyamas start happening in people’s life just when they begin meditation.

How do your Art of Living programs fit into the eight limbs of classical yoga?

Yoga would be incomplete if even one limb is absent from it. All the eight limbs coexist. Our program is the same way. We do some asana, and some pranayama—breathing exercises—and meditation that leads to samadhi [the 8th limb; not a practice but a state of consciousness transcending thought].

This interview first appeared on Huffington Post, and is presented in excerpt.

Sri Sri Yoga Teacher Training is the most authentic and comprehensive teacher training in North America. This course is for you if you’re looking for a multidimensional yoga education which will enable excellence in teaching, and an expansion of the self.  Find out more and apply today!

Discover Your Unlimited Power and Freedom

Developed by Sri Sri Ravi Shankar, the Happiness Retreat and its central breathing technique, Sudarshan Kriya, effectively reduce stress and bring you effortlessly into a state of deep meditation.  Learn to master practical techniques that can benefit you for the rest of your life.  Find out more and register today!

Gentle Yoga to Invigorate the Mind and Body

Sri Sri Yoga is a holistic way of energizing and integrating your mind, body and spirit.  The practice of yoga has been known for centuries to produce benefits in the areas of health, mental clarity and spiritual connection.  Sri Sri Yoga not only offers the benefits of traditional asanas (postures), but pranayamas (breathing techniques) and special meditations as well. Find out more and register for our next event today! 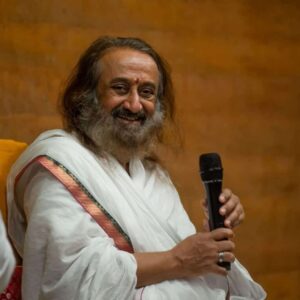 Gurudev Sri Sri Ravi Shankar
Sri Sri Ravi Shankar is a humanitarian and spiritual leader, an ambassador of peace and human values. Through his life and work, Sri Sri has inspired millions around the world with a vision of a stress-free, violence-free world.  He has founded courses that provide techniques and tools to live a deeper, more joyous life and he has established nonprofit organizations that recognize a common human identity above the boundaries of race, nationality, and religion. srisriravishankar.org