In House: Paul Selig on Accessing Your True Self

This past August, award-winning author and channel Paul Selig joined us at the Art of Living Retreat Center for a deeply transformational retreat. Participants enjoyed the beauty and tranquility of the Blue Ridge Mountains while working directly with Paul’s Guides to access their True Selves and transform their lives. We recently sat down with Paul to chat about his practice, his spiritual journey, and how to awaken the potential within us.

AOLRC: So, Paul, can you tell us about yourself and your practice?

PS: Let me see if I can begin. I’m a conscious channel. I work with guides. The guides I work with are teachers. They’ve dictated five books through me so far, and these are written transcripts of oral teachings that are transcribed and published, really, in unedited form. And here, actually, at the Center this week, they are delivering their sixth book in front of the students which is something that doesn’t happen very often. So my job, really, as a conscious channel, is to be the medium for the guides. I call myself a radio, and the broadcast that I tune into is the guides, and they speak through me.

The other thing that I do is work as an empath, and they call me a medium for the living. I have an odd ability to step into people and become them. So if you want to know what’s going on with your brother, who perhaps you haven’t spoken to in a while, I step into your brother. I may begin to resemble him and then begin to hear him telepathically. So, in some ways, I’m like a switchboard, and I may be hearing you at a higher level. I may be hearing you at a level of personality, and I may be hearing your brother talking about why he hasn’t spoken to you in the last several years. In doing that, hopefully I can facilitate change.

AOLRC: What’s the change you would like to facilitate?

PS: What is the change I would like to facilitate? Well, that’s so broad a question! I mean, I hope that my work is helping people in the world, certainly. I’m in an odd position, because I don’t experience myself as the teacher as much as the conduit for teaching. So my hope is that the conduit stays clear and that the teaching that comes through is met by people in a way that will support them in their own changes – whatever is required for them to support them in their own realization.

The guides that I work with are very much about the realization or knowing of what they call the ‘True Self’, or the ‘Divine Self’, or the ‘Aspect of the Creator that Seeks to be Realized’ as sent through us in form, in field, in expression. And that’s what the teach, and they come with an energy that, for most people, is very palpable. So there is a fair amount of phenomenon attached to the workshops that I do, as well as the experience of the reader with the texts. People read the texts and they can feel the energy working with them.

I loved sitting in the energy of Truth with all who were present. – Hope, workshop attendee

AOLRC: Do people also approach you, looking for more intuition or guidance in channeling?

PS: They do come with that intention, but that’s not what I say that I do. I think one of the benefits of this work is that you do become more intuitive. Do I think that everybody needs to be a channel? No, I think that’s one way to work with this stuff, is that they move into their own knowing and their own ability to know.

You know, my ability to tune in at some kind of higher level is the way that I’m serving right now. Other people serve in very, very different ways, so I don’t teach people how to channel, but I do support people in learning how to access their own true self, and consequently their own clear cognizance or their own knowing that seems to accompany that.

PS:  Well, the guides that I work with work through attunements, and these are energetic attunements that they say work with the student or the reader. They call them ‘Claims of Truth’. So they say if you work with this, if you peak this, there is an encoding that comes as a result in the auric field that supports the manifestation of this. Now, the claim that they make is this – “I know who I am, I know what I am, I know how I serve.” And the true self is the one that claims those things, because the true self always knows who he is, what he is, and how he serves.

My personality self may not, and they’d be totally confused about a lot of things. But the guides say that once something is true, it’s always true. The divine announcing itself – I am here. I am here. I am here – which is another claim of truth, and frankly, another attunement to the energy can actually support the people working with the language to realize themselves. You can call these ‘Claims of Truth’. You can call them, I suppose, anything you like. The books themselves that come through me are attunements to the energies of the guides I work with. So when people are working with those claims, they often feel the energetic shifts that accompany them.

Truly, Paul delivered on his part pretty flawlessly. All of the time with him was rich and worthwhile. – Amanda, workshop attendee

AOLRC: Beautiful! On a more personal note, how did you open up to this yourself? Was it sudden? Was it gradual?

PS: There was an event in 1987. I went up to the roof of my building in New York City on the night of an event people were calling ‘The Harmonic Convergence’, and I heard people were going to be waking up. I had recently come to a possible belief that there was more to the world than I had been raised to believe. I was raised an atheist.

I went up there, and I asked to wake up, and I had an experience of energy moving through my body, and it may well have been me hyperventilating. I don’t know what happened, but it was a very physical experience of energy moving up through what I now know were the chakras, and out through the top of my head. It was like a spontaneous awakening, or a shock. A ‘Soul Awakening’, was another name I heard people give it. I don’t know if it really matters what it was, but for me, it gave me a sense of an experience of something much more than what I thought was possible, and I started to open up clairvoyantly as a result of that – seeing little lights around people.

I studied the for of energy healing, and when I had my hands on people, I began to hear things for them. So if I had my hand on your throat, and I heard the name Martha or Marcia, I’d learn to say, “Who’s Marcia?” And you might say, “Oh, that’s my sister or my mother, or you know, my babysitter who locked me in the closet and never let me out.” And then that would prompt the release.

As I kept getting confirmation of who and what I was hearing, I began to trust it more and gradually the channel began to open, and the guides that I work with now began to teach through me. But that was a process, and that actually took many years. I’d been working with this in some ways since I was 25, I suppose, and now I’m 55. So you know, my guides started lecturing through me and delivering books only in 2009.

I felt that the Art of Living Retreat Center was a wonderful and loving place, a perfect physical venue to to hold the high level of light that was being brought in. Isolated but safe, nurturing as well as allowing. We were enveloped entirely in light. – Joan, workshop attendee

AOLRC: Was there an internal struggle coming from an atheist perspective to this clairvoyance and openness?

PS: Yes and no. In some ways I had very little baggage. I didn’t really care about this stuff. I thought that spirituality was for other people. I don’t even know if I could have defined what it was. But not having a religious background sort of allowed me to be open to things without getting too caught up in the terminology or history of the term.

At the same time, you know, my own internal skepticism has always been present, and I suppose I bring that even to the work that I do. I question it often. I don’t understand it. I don’t understand the phenomenon or how it happens. I do understand that if I don’t seem to be capable on my own of closing my eyes and dictating, you know, now 5 and a half books that require absolutely no editing, and doing it as a spoken text that’s later transcribed into a book. I think that’s kind of amazing to me, but I’m still flummoxed by it.

This is what I was looking to do. I was a college professor. I taught at NYU for 25 years, and I did my spiritual psychic work very privately, because I was looking to maintain a life that had some semblance of normality, and that’s not what I do now. Now, I’m just doing this, and that was my choice, to leave the security of the known and to say I’m willing to go all the way with this.

A Channeled Journey for Achieving New Levels of Alignment, Healing, and Life Purpose

Paul and his Guides lead you on an unprecedented journey of self-development to achieve new levels of alignment, healing and life purpose. 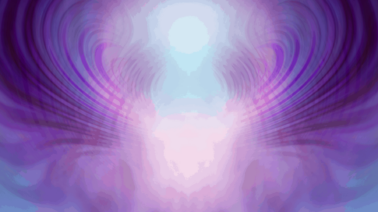 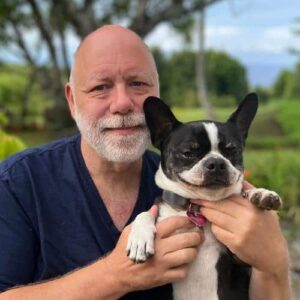