Jnana Yoga: The Basic Concepts of Yoga of Knowledge Explained

Jnana yoga is the yoga of knowledge. Learn about the four key pillars and how to begin your path to communing with the divine and your deepest self.

The many paths of yoga include Bhakti yoga (yoga of devotion), Raja yoga (royal yoga), and Karma yoga (yoga of service), as well as Jnana yoga (or Gnana yoga), the latter of which we’re discussing here. The path of knowledge, or Jnana yoga (pronounced nyah-nah yo-gah), is the experiential knowledge of the Self. The literal translation of Jnana or Gyana is “knowledge.” This yogic path emphasizes wisdom through a cognitive engagement with the divine. A gyana yogi begins on this spiritual path with scriptures, self-study, and talks by masters.

The Four Pillars of Knowledge

The master Adi Shankaracharya offered four different stages on this path. They’re known in classical yoga as the Four Pillars of Knowledge. They serve human beings by bringing each practitioner closer to self-realization and devotion.

Discrimination (Viveka)
You experience discrimination when you observe that constant change happens. At the same time, you notice that the divine being within you doesn’t change. Our bodies, thoughts, and emotions renew and fluctuate. And the true self, the part of you that witnesses this process, doesn’t change. Identifying your own ability to witness is a goal of Jnana yoga.

Renunciation (Vairagya)
Also translated as dispassion, vairagya involves acceptance and a lack of feverishness. You become less attached to the pleasures and pains of the world. Your consciousness remains active and enthusiastic regardless of the fulfillment of desires. This is how you can experience the second pillar of knowledge on the yogic path. When you do, you become free of unsatisfied cravings and attitudes of aversion.

The Six Wealths (Shatsampatti)
Shama, the first wealth, is the tranquility of the mind. Dama, the second wealth, is control over one’s own senses. Titiksha, the third wealth, is endurance or not getting shaken by what happens. Uparati, the fourth wealth, is rejoicing in or being with your own nature or inner self. Shraddha, the fifth wealth, is faith, or recognition of the unknown. Samadhana, the sixth wealth, is contentment or being at ease, calm, and serene.

Constant Striving for Freedom (Mumukshatva)
From within, you desire the best. Total freedom, enlightenment, and the highest longing should be the goal of the yogi. These pillars and wealths already live within you, although you don’t know they do. Still, you have the ability to conceive of attaining them through yoga practice. This deep longing for the ultimate experience of bliss is the fourth pillar of knowledge.

“Knowledge of the Self brings the mind back to purity.”
– Gurudev Sri Sri Ravi Shankar

Scriptures from all religions teach that God is omnipresent. Everyone and everything is divine. The reality of life lies beyond the senses, and you can access them through meditation and devotion. But for many, these are only concepts in modern yoga.

Knowledge gained by reading or hearing may give rise to an attitude of “I already know it all.” This assumption feeds the ego and can be an obstacle in one’s spiritual evolution. No amount of reading or information can equal a direct experience of the absolute truth of the Self. For this reason, important differences exist between Jnana and factual information. Jnana connotes knowledge that’s gained from meditation, so it’s closer to transcendent wisdom than to facts.

Wisdom is experiential knowledge of the Self. It brings surrender, universal consciousness, and devotion into one’s life. Jnana is the highest knowledge. It’s wisdom that discriminates between that which changes and doesn’t change. It helps us see those things which are unreal and real.

For answers to many questions often asked of a spiritual master, check out this Q & A list. It reflects interactions about spiritual practice with Gurudev Sri Sri Ravi Shankar.

The most authentic and comprehensive yoga teacher training in North America, this multidimensional yoga education enables excellence in teaching and an expansion of the self.
LEARN MORE 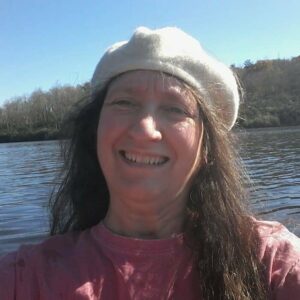 Elizabeth Herman
Elizabeth Herman, PhD, has a degree in English with concentrations in Rhetoric, Composition, and Literature. She offers writing support to clients, teaches locally, lives in Boone, North Carolina, and volunteers for a better world.