One of the core ideas of Imago Therapy is that the underlying cause of most couples’ discontent lies buried beneath the surface. Superficially, partners argue about household chores, money, parenting styles, their next vacation, or who is spending too much time on their cell phones. Outside of their awareness, however, each one is being compelled by an unwritten agenda that was formed early in life: to recover the sensations of being fully alive and joyfully connecting with which we came into the world. Although the specifics of each person’s agenda are unique, the overriding goal is the same: to experience with the partner the same sensations they experienced with their caretakers. And they assign their partner the task of making it happen! “Partner, I expect you to satisfy the unmet emotional needs that I brought from childhood.”

Most of us vastly underestimate the scope of the unconscious mind. There is an analogy that might give a better appreciation for its pervasive influence. In the daytime, we can’t see the stars. We talk as if they “come out” at night, even though they are there all the time. We also underestimate the sheer number of stars. We look up at the sky, see a smattering of dim stars, and assume that’s all there is. When we travel far away from city lights, we see a sky strewn with stars and are overwhelmed by the brilliance of the heavens. But it is only when we study astronomy that we learn the whole truth: the hundreds of thousands of stars that we see on a clear, moonless night in the country are only a fraction of the stars in the universe, and many of the points of light that we assume to be stars are in fact entire galaxies. So it is with the unconscious mind: the orderly, logical thoughts of our conscious mind are but a thin veil over the unconscious, which is active and functioning at all times. When we fall in love, this unconscious, trapped in the eternal now and having only a dim awareness of the outside world, is trying to re-create the environment of childhood. And the reason the unconscious is trying to resurrect the past is not a matter of habit or blind compulsion but of a compelling need to heal old childhood wounds.

Few people are aware of this agenda, and many would deny it. “What does my childhood have to do with my partner’s drinking problem? I want to deal with the here and now.” They do not know that their being unavailable to their partner may be the source of their partner’s drinking problem, which in turn feeds their unavailability to connect in the here and now. Nor do they know that the mutual experience of ruptured connecting is a replay of each partner’s childhood. While each partner contributes to the complaint of the other, on an unconscious level, we expect our partners to intuit our unmet needs and satisfy them without asking for anything in return. Additionally, we picked that partner to re-experience these old feelings so that we could then heal the sadness and pain from the past.

Becoming the Most Connected Couple You Know
Are you ready to deepen the connection you experience within your intimate relationship? Do you feel there is more to love—and you want to reach the next level? Harville and Helen will guide you and your partner toward a truly fulfilling partnership—restoring passion and hope so that you can feel connected.
LEARN MORE 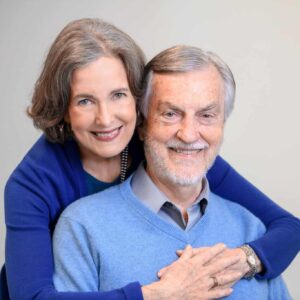 Harville Hendrix, Ph.D, and Helen LaKelly Hunt, Ph.D
Harville Hendrix, PhD, and Helen LaKelly Hunt, PhD, are internationally-respected couple's therapists, educators, speakers, and New York Times bestselling authors. Together, they have written over 10 books with more than 4 million copies sold, including the timeless classic, Getting the Love You Want: A Guide for Couples.