“Today you have to put your shoes on by yourself,” my physical therapist announced one morning this spring, after I woke up from another restless night on a stiff plastic mattress. I was recovering from a rare disease that paralyzed my hands and legs for a month, and I was learning how to enter the world outside the hospital again. The worst part of the ordeal was not being able to change sleeping positions at night. The second-worst part was the loss of my treasured independence. I couldn’t turn a page or open my Chap Stick or scratch an itch by myself. It took five minutes to work up enough strength to even move my foot.

She replied, “You have to.”

It took 45 minutes to get one sneaker on. I used my elbows to jam my limp foot inside, and I had to use momentum to flop my hand into place to tie it. “See? You did it!” My therapist chirped as I clumsily dried tears on the corner of my scratchy hospital gown, my foot dangling in surrender. “I’ll have you dancing in two months.” Her optimism was grating. I still had another sneaker to go.

While I was in the hospital, friends from the outside kept telling me I was so positive, though I was consumed with self-pity. When people insisted that I was being strong, I’d think, “What else am I supposed to be? Dead?” What choice did I have but to keep waking up and putting on shoes?

I buckled over sobbing after trying to get the second shoe on. My therapist stepped in. “It’s okay, we’ll try again tomorrow.”

It’s embarrassing to keep trying; it feels shameful when you put effort into something that doesn’t work out. Sometimes I wonder if it’s silly of me to post earnest, look-on-the-bright-side illustrations when the world is choking around me. I’m urging people to explore their creativity and to tip their barista and celebrate Australia’s legalization of gay marriage all while starving families are banned from refuge in our country. And yet, it doesn’t feel silly. It feels like work.

I’m tired of being optimistic, because it is a lot of work. An optimist sees the glass half-full, we’re told, as though optimism is a personality trait and not a discipline. Confusing optimism for naiveté is one of our greatest cultural misunderstandings. “I think ppl who ridicule positivity think positivity is easy,” tweeted Jonny Sun in January, and I knew exactly what he meant.

Before 2017, I thought of myself as one of these inherent optimists. I thought optimism was a trait I just happened to have, like my taste for cilantro. In 2017, I experienced the personal hell of paralysis. Optimism took on a new definition for me: an internal decision with an outward action. You don’t have to feel optimistic to act from a place of optimism. I learned how to put on shoes again while crying the entire time. I am never, ever in the mood to call my representative when I do.

This year, I observed truly optimistic people: They are not naive; in fact, they usually know the darkest, murkiest corners of life. They are called “strong” simply because they wake up, and they are called “positive” because of their discipline to remain hopeful. 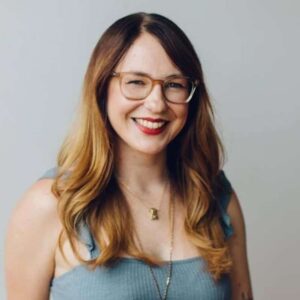 Mari Andrew
Mari Andrew is a New York Times best-selling author, artist, and speaker based in New York City. Her self-reflective art and musings have amassed over 1 million followers on Instagram at @bymariandrew, and she has published two books, Am I There Yet? and My Inner Sky, which are collections of essays and illustrations drawn from life experience and a wide range of emotions. More about her work can be found at bymariandrew.com.