Mysteries of the Life Purpose System

For centuries, observers of human nature have sought common denominators to better understand the forces that shape the human personality and destiny. Numerous tools of insight from both psychological and mystical traditions have emerged at different times and in different cultures. All of these methods and “maps of consciousness” represent our attempts to demonstrate that our universe and our psyches are not random or chaotic, but have a certain structure and order.

The Life You Were Born to Live introduces the Life-Purpose System, a clear, objective method for understanding any individual’s life path and purpose—providing that individual was born after 1750, when the modern Gregorian calendar was widely adopted, and has a known and accurate date of birth.

This system’s ultimate source is veiled in mystery, but its origins most likely date back to the Pythagorean school of ancient Greece. Pythagoras is best known as a mathematician, one of the founders of geometry. According to World Book Encyclopedia, “Pythagoras taught that number was the essence of all things. He mystically associated numbers with virtues, colors, and many other ideas that he may have embraced during travels in the East. He founded, said the Encyclopedia Britannica “the Pythagorean brotherhood, although religious in nature, formulated principles that influenced the thought of Plato and Aristotle. . . . More probably the bulk of the intellectual tradition originating with Pythagoras himself belongs to mystical wisdom rather than to scientific scholarship.”

Despite nearly twenty years devoted to exploring the human psyche, various insight traditions, and metaphysical models of reality, I remain an empiricist at heart. The scientific method—using controlled experiments to test theories—helped to pull humanity out of the dark ages of superstition. I apply critical thinking and skepticism to uncover magical thinking and untested notions. Still, the mind is like a parachute; it works best when open.

I can’t claim that the Life-Purpose System is based upon a scientific theory, nor can I logically explain how people’s seemingly arbitrary dates of birth could possibly reveal valid, reliable information about their life path and purpose. I only know, with a confidence based on years of empirical testing, that the material in this book can bring lives into focus. . .

The Life-Purpose System is distinctly different from the Tarot, I-Ching, or Runes—traditional “oracles” that offer symbolic images or poetic generalities that might apply to anyone, and on which individuals then project their own meaning and wisdom, applying it to their particular situations. One could use this (or any) [method] in a similar way, flipping open to any page to find something meaningful. But the life purpose material is not intended as an oracle, nor does it contain vague, generalized information. Rather, it offers specific and distinct insight into the issues of each life path. The more you study your life path and the paths of others, the more you will appreciate this material’s power to enhance insight, self-knowledge, understanding, compassion, and transcendent humor.

To determine your birth number, and test the validity of the system with your own discernment, use the Life-Purpose Calculator Online for a small sample highlighting some key elements on your own life path:

3. Input your day, month, and year of birth. You will then see your birth number, along with a paragraph of summary information about your life path.

Above all, remember that it’s never too late to fully experience the life you were born to live.

Would you like to truly know yourself? Imagine the potential the future would hold if you could get in touch with your life purpose and equip yourself with a range of tools to help you along the way. Join Dan Millman for Life Purpose and the Peaceful Warrior’s Way from May 3-5, 2019, at the Art of Living Retreat Center. 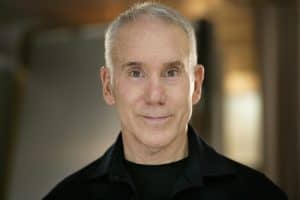 Dan Millman—a former world champion gymnast, Stanford University coach, martial arts instructor and Oberlin College professor—has authored seventeen books published in twenty-nine languages. These include the classic Way of the Peaceful Warrior which was released as a film by Universal in 2007. A popular international speaker, Dan has influenced people from all walks of life.

This article is excerpted from The Life You were Born to Live by Dan Millman.

A Residential Experience for Individuals and Couples

A Residential Training for Individuals and Couples

This annual event delivers an abundance of valuable tools and education to NAMA members and the community at large.

How to Create a More Centered, Joyful, and Deeply Meaningful Life Every Day

9 Keys to a Healthier, Happier You

Here in this vast mountain range under serene blue skies, you will find beauty to feed your soul and peace to ease your mind.

Download, view online or receive a complimentary copy in the mail of the seasonal visitor’s guide to programs.

See What Guests Are Sharing

Rather than bore you with some marketing talk, here are actual guests sharing extraordinary moments from their stay.

Talk With A Program Advisor

Schedule a call to speak one-on-one with a program advisor to discuss your wellness goals. 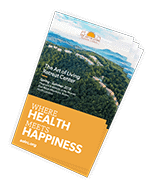