Believe in it All: A Neurosurgeon’s Perspective on the Mind-Body Connection

What is the relationship between the mind and the brain? Most people do not dwell on this question. It’s best to leave such musings up to neuroscientists and philosophers—why spend time thinking about such scholarly matters? Brain and mind are clearly related, and that’s enough for most of us to know, right? We have more important things to focus on in our lives.

As a practicing neurosurgeon, I was exposed daily to the mind-brain relationship due to the fact that my patients would often have alterations in their level of consciousness. While this phenomenon was interesting, my focus was pragmatic. I was trained to evaluate those alterations in consciousness in order to diagnose and treat various tumors, injuries, infections, or strokes affecting the brain. We have the tools and, hopefully,
the talent to benefit our patients by restoring them to more “normal” levels of conscious awareness. I closely followed developments in physics and knew there were theories about how it all works, but I had patients to care for, and more important things to consider.

My complacency with that arrangement of casual “understanding” came crashing to a halt on November 10, 2008. I collapsed on my bed and fell into a deep coma, after which I was admitted to Lynchburg General Hospital—the same hospital where I had worked as a neurosurgeon.

While in coma, I experienced things that, in the weeks after awakening, baffled me and cried out for an explanation within the bounds of science as I knew it.

According to conventional neuroscience, due to the severe damage to my brain caused by an overwhelming bacterial meningoencephalitis, I should not have experienced anything—at all! But while my brain was besieged and swollen with infection, I went on a fantastic odyssey during which I remembered nothing of my life on earth. This odyssey seemed to
have lasted for months or years, an elaborate journey into many layers of higher dimensions, at times viewed from the perspective of infinity and eternity, outside of space and time. Such a complete inactivation of my neocortex, the outer surface of the brain, should have disabled all but the most rudimentary experiences and memory—yet I was haunted by the persistence of so many ultrareal memories, vivid and complex. At first I simply trusted my doctors and their advice that “the dying brain can play all kinds of tricks.” After all, I had sometimes given my own patients the same “advice.”

A new perspective on neuroscience

My final follow-up visit with the main neurologist involved in my care came in early January 2010, fourteen months after awakening from my treacherous weeklong coma. Dr. Charlie Joseph had been a friend and close associate before my coma, and had struggled with the rest of my medical colleagues through the brunt of my horrific meningoencephalitis, recording the details of the neurological devastation along the way. We caught up on the specifics of my recovery (all of which were quite surprising and unexpected, given the severity of my illness during that fateful week), reviewing some of the neurological exams and MRI and CT scan results from my time in coma, and performing a complete neurological examination.

As tempting as it was to simply accept my extraordinary healing and current well-being as an inexplicable miracle, I couldn’t do that. Instead, I was driven to find an explanation for the journey I took during the coma—a sensory experience that completely defied our conventional neuroscientific concepts of the role of the neocortex in detailed conscious
awareness. The unsettling prospect that fundamental tenets of neuroscience were incorrect led me into deeper territory in my final discussion with Dr. Joseph that blustery winter afternoon.

The mysteries of the brain

“I am left with no explanation whatsoever as to how my mental experiences deep in coma, so vibrant, complex, and alive, could have possibly occurred,” I said to him. “It seemed more real than anything I had ever experienced.” I recounted for him how numerous details clearly placed the vast majority of my coma experience as occurring between days one and five of my seven-day coma, and yet the neurological examinations, lab values, and imaging results all confirmed that my neocortex was too damaged by the severe meningoencephalitis to have supported any such conscious experience. “How am I to make any sense of all this?” I asked my friend.

I’ll never forget Charlie’s smile, as he looked at me with a sense of knowing, and said, “There is plenty of room in our understanding of the brain, and mind, and consciousness to allow for this mystery of your remarkable recovery to indicate something of great importance. As you well know, we encounter copious evidence in clinical neurology that we have a far way to go before we can start claiming any kind of ‘complete’ understanding. I am inclined to accept your personal mystery as another lovely piece of the puzzle, one that greatly raises the ante in approaching any understanding of the nature of our existence. Just enjoy!”

I found it most reassuring that a highly trained and capable neurologist, one who had carefully followed the details of my illness, was open to the grand possibilities implied by my memories from deep in coma.

Charlie helped open wide the door that has led to my transformation from a materialist scientist, proud of his academic skepticism, into someone who now knows his true nature and has also been offered a glimpse into levels of reality that is most refreshing, indeed. Of course, it was not an easy journey in those initial months of exploration and confusion. I knew that I was entertaining concepts that many in my field would consider beyond the pale, if not outright heretical.

Some might even suggest that I let go of my inquiry rather than commit professional suicide by sharing such a radical tale.

As Dr. Joseph and I had come to agree, my brain was severely damaged by a near-fatal case of bacterial meningoencephalitis. The neocortex—the part modern neuroscience tells us must be at least partially active for conscious experience—was incapable of creating or processing anything even remotely close to what I experienced. And yet I did experience it. To quote Sherlock Holmes, “When you have excluded the impossible, whatever remains, however improbable, must be the truth.” Thus, I had to accept the improbable: This very real experience happened, and I was conscious of it—and my consciousness did not depend on having an intact brain. Only by allowing my mind (and my heart) to open as widely as possible was I able to see the cracks in the conventional consensus view of the brain and consciousness. It was by the light allowed in by those cracks that I began to glimpse the true depths of the mind-body debate.

That debate is of extreme importance to us all because many of our foundational assumptions about the nature of reality hinge on the directions in which that debate flows. Any notion of meaning and purpose in our existence, of connection with others and the universe, of our very sense of free will, and even of such concepts as an afterlife and reincarnation—all of these deep issues depend directly on the outcome of the mind-body debate. The relationship between mind and brain is thus one of the most profound and important mysteries in all of human thought. And the picture emerging from the most advanced reaches of scientific investigation is quite contrary to our conventional scientific viewpoint. A revolution in understanding appears imminent.

This pathway of discovery continues to unfold, and will no doubt occupy me for the rest of my life. Along the way I have encountered some of the most expansive experiences and intriguing people I could possibly imagine. I have learned not to be seduced by simplistic falsehoods about an assumed world, but to strive to assess and deal with the world as it truly is. As human beings seeking a deeper understanding of our existence, we are all well served to take that approach to heart.

Believe in it all, at least for now

During the deepest and most perplexing phases in the nine years since I first awakened from coma, my mantra has often been, “Believe in it all, at least for now.” My advice to you, dear reader, is to do the same—suspend disbelief for now, and open your mind as broadly as possible.

Deeper understanding demands this liberation, just as trapeze artists must release the trapeze to tumble through the air, trusting that their partner will be there to catch them.

This post is excerpted from Living in a Mindful Universe: A Neurosurgeon’s Journey into the Heart of Consciousness, and is reposted with permission from the authors. Read the entire first chapter here. 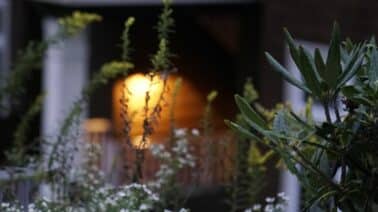 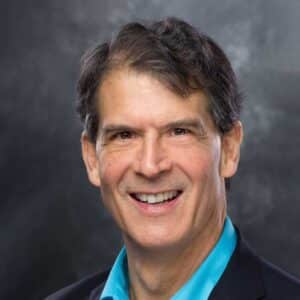 Eben Alexander, MD
Eben Alexander, MD, was an academic neurosurgeon for more than 25 years who—after a near-death experience—now shares his theory and practice around the world and in the media. 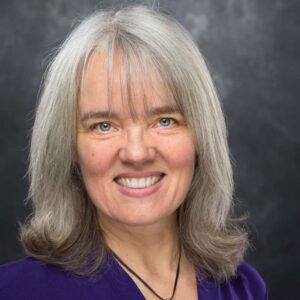 Karen Newell
Karen Newell is an innovator in the emerging field of brainwave entrainment audio meditation.