The mind is the surface of the heart, the heart the depth of the mind.
— Hazrat Inayat Khan

Sometimes, people confuse mind in the word mindfulness as having to do with thinking about or confining attention to cognition, imagining that we are being asked to engage in some form of introspection, discursive self-analysis, or mental gymnastics. Simply put, mindfulness is bringing a fullness of attention to whatever is occurring, and attention is not the same as thinking.

As expressed in the quotation by the Sufi teacher Inayat Khan, the language of many contemplative traditions suggests that the words for “mind” and “heart” are not different. Likewise, the artist and calligrapher Kuzuaki Tanahashi describes the Japanese character for mindfulness as composed of two interactive figures. One represents mind, the other, heart. Heart and mind are not imagined as separate. From this perspective Tanahashi translates mindfulness as “bringing the heart-mind to this moment.”

Whether giving or receiving care, maintaining this heart-mind balance is not easy. All too often we ride the extremes–either we become lost in sympathy and the suffering of another or we find ourselves coolly observing, at a distance, aloof and uninvolved. The qualities of the quiet mind are spaciousness and clarity, the source of our capacity for discerning wisdom. The open heart is tender, warm, and flowing. Together, these attributes allow us to feel deeply and to act wisely. Even when acting means doing nothing. Perhaps compassion, in the fullest sense, is the delicate balancing of a quiet mind and an open heart. There is an abundant opportunity in the healing relationship for the cultivation of such a quality of presence. But what does a quiet mind and an open heart mean. What does this actually feel like? Even though I cannot know how this feels to you, my sense is that we have all tasted this way of being. It is elusive, yet it is not something we have to get but rather something to be revealed. Something we can cultivate through paying attention. Something to be alert to, both in its presence and in its absence.

Just today, walking through the large blue fire door around the corner from the clinic, I unexpectedly encountered the shifting play of the heart-mind. I found myself face to face with a man who had been in class a year ago. I remembered him well, particularly because he had been suffering for two years with unremitting chronic back and leg pain. Because of this, he was capable of standing or walking only three or four hours a day and had young children to whom he couldn’t be a father in the way he wished. He had often spoken with me of the enormous grief he felt about being unable to play freely with his kids, about his pain-induced irritability, the strain on his marriage and his sense of manhood, and the ever-present precariousness of his family’s financial situation.

Given all of this, I had felt terrible when he said that he had no improvement in his pain. I remembered sitting with him during his postprogram interview, looking into his eyes, feeling both his resignation and his frustration while sensing my own slow settling into the truth of his experience. This happens often. Being alert to moments such as this bears enormous fruit. The desire to escape into detached clinical distance so as to not feel the suffering of another and, conversely, becoming lost in one’s own pathos or feeling of shame and incompleteness are equally seductive.

It was clear that both of us had hoped for more and that neither of us blamed the other or felt like a failure because of his current condition. Yet we remained unsatisfied and unwilling to leave it at that. In discussing other possibilities of working with his condition, we had decided to set up an appointment with the Pain Clinic. When the interview ended, we walked together down the corridor and shook hands; we spoke again by telephone a few weeks later. That was the last time I heard from him until now.

His upper torso is listing to the left, his right hand holding the wide rail secured to the wall. Shaking hands with him once again, I ask him how he is feeling. If his pain has changed. How his family is faring. He says that the pain is still big—still with him almost continually. Recent analgesic treatments have given him some relief in the back, none in the legs. He is still hardly able to walk. In his telling, I feel myself opening in response to his evident suffering. But my eyes are wavering—moving away from his face, from these eyes that says so much. I feel the blinking, the shifting. I suspect that to him these tiny movements are hardly discernible. To me, from the inside, they are abundantly evident, connected to the internal flood and the rush of memory pulling me into the feeling of not having done enough, of wishing for more. If unnoticed or unworked with, these waves have a way of taking over, of carving out the terrain, eroding the ground where—in this busy corridor—we momentarily stand together.

Feeling the pull enables me to stop, allows me to see that although I am standing before him, I am, in another way, leaving him all alone. Yet I am intent on not leaving. The seamless loop of the breath is an ally, the sensations in my body precision instruments measuring the unseen dimensions of our encounter. The willingness to attend to the transient discomfort is a small price to pay for this connection. In the midst of all this, simply returning to his eyes is enough. He is not asking for anything. Abiding here, the heart softens while the mind quiets down to a stillness and spaciousness that neither asks for nor rejects anything. Here, in this corridor, we settle in with each other, then part when it is time.

Excerpted from Heal Thy Self: Lessons on Mindfulness in Medicine; posted with permission. 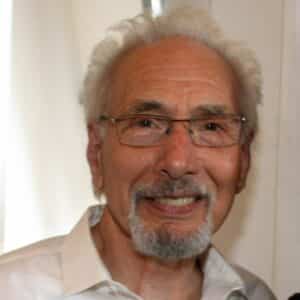 Saki Santorelli
Saki F. Santorelli, EdD, MA, pioneered the integration of mindfulness into medicine, health care, and the broader society. He was a professor of medicine, director of the internationally acclaimed Stress Reduction Clinic—the place of origin of MBSR—and the executive director of the Center for Mindfulness in Medicine, Health Care, and Society at the University of Massachusetts Medical School. Saki has worked with thousands of medical patients and educated and mentored generations of medical students, healthcare professionals, educators, and researchers of mindfulness and MBSR.  Through his vision and leadership, the Center for Mindfulness has transmitted the ethos, practice, teaching, and science of MBSR to individuals and organizations around the world. A Senior Fellow of the Mind and Life Institute, Fellow of the Fetzer Institute and founding member of the Consortium of Academic Health Science Centers for Integrative Medicine, Saki teaches internationally and is the author of Heal Thy Self: Lessons on Mindfulness in Medicine, translated into eleven languages.