In House: Shakta Khalsa on Yoga with Children


Children today are under as much stress as adults. And with the busy, achievement-oriented lives they lead, kids need tools to help them self-nurture, self-adjust, and feel happy. Children are expected to behave in ways that their nervous systems cannot easily manage without physical activity, yet they are increasingly inactive in school and at home. And every day the number of children diagnosed with ADHD, Autism, and other sensory issues grow higher.

The good news is that kids can find much balance and support via natural exercise and play—in the form of yoga, meditation, and mindfulness. In the formative years of childhood, yoga is purposeful play that brings physical, mental, and emotional fitness. Yoga tools include calming breathing practices, affirmative songs for positive self-talk, and movements/poses to organize the nervous system and strengthen the physical body.

Recently I sat down with three young people who did, in fact, grow up with yoga. The first is a young woman who was my yoga student from age three until eight and recently reconnected with me after twenty years. Madeleine told me how yoga impacted her life as a child, and how it has continued to help her grow as an integrated, authentic person.

Madeleine holds a special place in my book, Fly Like A Butterfly, and in my heart as well. As an eight-year-old she was one of the child models in my book, and for five years I taught a weekly children’s yoga class at her Montessori school. Beginning at age three, Madeleine was one of the children who took yoga with me for all five of those years.

After being out of touch with Madeleine for decades, she found me on social media around two years ago. I am delighted to say that we have been talking back and forth ever since. She is now twenty-five and an accomplished hatha yoga teacher in Santa Barbara, California.

A foundation of yoga

Shakta: It is thrilling to reconnect with you, Madeleine. I am wondering what you most remember about your yoga classes with me when you were young?

Madeleine: I remember doing the washing machine exercise when I was really little, like three or four. Then candlestick was more fun by the time I was eight. I know it is actually called shoulder stand, but I still like calling it candlestick!

Shakta: I am wondering about the years between Montessori school and adulthood. Did you just continue to do yoga on your own?

Shakta: So tell me, how did you get back into yoga?

Madeleine: When I was fifteen and in boarding school, I remember seeing pictures of people on the internet who were doing yoga. My thought was, “Oh, I remember doing that!” So I got some videos and practiced by myself throughout high school. Then in college I took a class.

Shakta: How wonderful! And this lead to you becoming a yoga teacher?

Madeleine: Sharing yoga with friends lead to becoming a trained yoga teacher. Back in high school I started teaching my friends…I still called shoulder stand “candlestick” and things like that.

Shakta: I always think it is good to lighten up about yoga and help people relax and laugh. Madeleine, I’ve seen you doing some very impressive arm-supported poses. What do you think about the current image that yoga has—for example, the way yoga is portrayed as super-fit people doing poses that are impossible for most people?

Madeleine: I guess they want to show what looks good in photos. No one wants to see shavasana (deep relaxation pose) in a picture! When I do some of the more intense poses, people ask me if I was a gymnast, which is ironic because that was always so hard for me—I could never even do a cartwheel! But I look at yoga as playing. It was never something I had to “accomplish.”

Shakta: Sounds like you do it because you enjoy it.

Shakta: Now you are inspiring me, your original teacher!

Yoga for the mind, body, and soul

Madeleine: (Laughing) I love how it helps with everyday life. I had asthma as a child, and yoga and meditation have helped me to breathe better. Yoga has helped me to be more mindful, to pay attention to my body and what’s going on around me. Lately I’m noticing the difference between emotions, how they come and go, compared to things in life that are more permanent.

I love how yoga helps you realize that what is going on in the moment is a mirror for how you are feeling in that moment. For example, if I really want to get into a pose and it is not happening, I can be aware of what’s going on in my body, I can recognize it outside of class too. I can recognize that I need to calm down a little. I can work with that same feeling when it is happening in traffic. I can notice it and change it instead of getting overcome by things happening around me. And, Shakta, I am just wondering—how do you do that with children?

Shakta: Little children understand these things if you put it in language they can understand. That’s what I do in my Radiant Child Yoga work, and that is what I did with you all those years ago in the Montessori school!

Madeleine: I’ll never forget the spaghetti test [see practice below]. I wish I could do it with my adult students to help them experience what it feels like to relax. It’s such good biofeedback! I wonder what will happen with all these children who grew up with yoga? Something great I think!

Shakta: Something like what has happened for you, my dear Madeleine!

Lie down on the floor, face up, arms at your sides. Imagine you are stiff like spaghetti when it is in the box. Inhale and tense your entire body. Exhale and be like cooked spaghetti—soft and relaxed. Do this three times. Have a friend test you to see if you are “cooked” by gently picking up one arm and wiggling it to see if it is relaxed.

Make a difference with child yoga

As Madeleine clearly demonstrates, growing up with yoga can be an organic process that has a profound impact. One heart, one mind at a time. Do you feel called to share the joy of yoga with children? Join Shakta at the Art of Living Retreat Center.

This article was first published in Yoga International, and is republished with the permission of the author. It is presented in excerpt. Read the full article here.

Shakta Khalsa, ERYT-500 and IKYTA certified Kundalini Yoga teacher, is a leading expert on children and yoga.. She is a parent, Montessori educator, and a yoga professional recognized by Yoga Journal magazine as one of the top five Kundalini Yoga teachers in the world. Shakta is the Founder and Director of Radiant Child® Yoga, an internationally-known training program for teaching children yoga and working with/raising children consciously.  In the children’s yoga community, Shakta is considered the “godmother” of the children’s yoga movement. 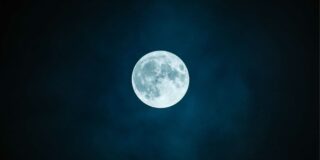