How to Stop Constantly Apologizing

Have you ever been at the grocery store, or in line somewhere, and someone else backs into you? Chances are, you find yourself saying “I’m sorry” even though you didn’t do anything.

I used to be the person who would apologize if someone stomped on my foot while walking past, or knocked into me and spilled my drink. I’m still that person sometimes. It might seem like manners, but apologizing for our very existence seems to be hard-wired into most women at a pretty early age.

When I speak about apologizing, I am not talking about a heartfelt apology that is appropriate when we’ve done something that harms someone else. In that case, an apology is warranted. However, the majority of the time, the apology isn’t warranted but is automatically given. I believe the knee-jerk reaction of apologizing represents something much deeper.

How Women are Socialized into Apologizing

So why are they apologizing? Because, women have been trained to be quiet, to be meek, to not have opinions, and to be “sugar and spice and everything nice.” Women have been conditioned to be agreeable. And when a woman is not agreeable, she can be labeled with all manner of unflattering terms.

So when a woman steps outside those lines (even in the smallest of ways) she automatically apologizes for being herself, rather than who she is supposed to be. It’s not too hard to understand why, when the predominant religious myth of our Western culture puts the blame of humanity’s shame and expulsion from spiritual paradise squarely on the act of one woman.

Whoops. It’s as if we have been apologizing ever since.

How often do you apologize?

I see these reflex apologies so much in the women that I work with that I created a practice to transform this unproductive behavior into something empowering.

You’ll see this practice in action when you come to one of my workshops.

We don’t apologize. Well, not exactly. We make apologies when a true one is needed, but the other kind – the automatic apologies – are met with a unique response. It goes a little like this:

That’s right. Myself, my staff, and many of the women who have trained with me will reply to an apology with the affirmative words, “You’re beautiful!”

It’s incredible to watch this in action. We’ll be in a workshop, and from a corner of the room will suddenly come a chorus of, “You’re beautiful!”

It’s a simple, but powerful, exercise. And it’s one that repeats itself throughout any event where there are groups of women in attendance.

It’s a type of game, but a game with a big purpose.

Each time a woman apologizes and hears back that she is beautiful, she begins to notice how often she is apologizing for being her, and she starts to become aware that she is okay to be herself, in whatever situation she just felt the need to apologize for.

As more and more women catch on and become comfortable with the game, the “You’re beautiful!” responses become more frequent and more vocal. It makes me happy when I am passing through a hotel or restaurant where I have been teaching and I hear somewhere in the distance women saying, “You’re beautiful!” I know someone just apologized for something and the other women responded in kind.

How to Stop Apologizing

Here’s how to change the “apologizing for everything” habit.

Practice: Track where you apologize unconsciously at work, home, with strangers. Be curious. Where do you say your sorry without even realizing it? Then when you feel that need to unnecessarily apologize for something, say to yourself–”You’re beautiful!”

The “You’re Beautiful” game is just one of many tools that can bring you closer to living an authentic life.

By learning when to apologize and when not to, you are adding another tool of self-awareness to your repertoire.

With each new tool adding to the effectiveness of the others, you are well on your way to gaining greater personal freedom, and moving from apologetic living to living with passion. 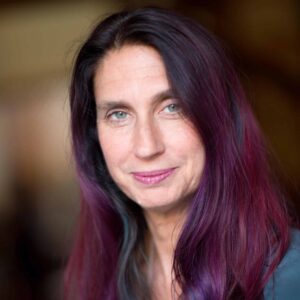 HeatherAsh Amara
HeatherAsh Amara is the author of the bestselling Warrior Goddess Training, The Warrior Goddess Way, and The Toltec Path of Transformation. She is dedicated to inspiring depth, creativity, and joy by sharing the most potent tools from a variety of world traditions. HeatherAsh studied and taught extensively with don Miguel Ruiz, author of The Four Agreements, and continues to teach with the Ruiz family. Raised in Southeast Asia, HeatherAsh has traveled the world from childhood and is continually inspired by the diversity and beauty of human expression and experience. She brings this open-hearted, inclusive worldview to her writings and teachings, which are a rich blend of Toltec wisdom, European shamanism, Buddhism, and Native American ceremony. https://www.heatherashamara.com

Heal Yourself, Heal Others…
Beyond Distance, Space and Time

Please Note In alignment with the CDC guidelines,

Love Relationships as a Spiritual Path

How to Give and Receive More Love

Empathy is Not Acquiescence

Our Stories Survive Us

Dealing with Conflict: A Yogic Perspective