What Direction Should You Be Sleeping In?

In trying to get all the work done, meeting daily goal posts, managing chores, making time for relationships, and even relaxation and binge-watching, the first casualty is typically sleep. I hear a lot of you sigh at this point. But get this—sleep helps your body repair on a molecular level, works your neurological and digestive system, and helps your liver perform its function optimally.

When you are well-rested, you perform on another level. You are dynamic, productive, and ready to take on more. You are able to think faster, clearer, and focus better. Not getting enough sleep affects the immune system, heart, blood pressure, breathing, and hunger, apart from ruining the day. You may now be wondering, “how do I know if my sleep quality is good enough?”

What makes a good night’s sleep?

Ideally, when you are sleeping for eight hours, you go through 4–5 sleep cycles that have two components: deep sleep and REM, or rapid eye movement. The REM part of each cycle gets longer the longer you are asleep, which is how it should be. Adults need about eight hours of sleep and infants can sleep for up to 16 hours. If you are a regular practitioner of meditation, 5–6 hours of sleep may suffice. Meditation gives you deep rest equivalent to about four hours of good sleep.

Why do you need good sleep?

People who sleep less increase their risks of heart disease. Studies have also shown a strong correlation between lack of sleep and the onset of pre-diabetes. Inflammation and inflammatory diseases can get worse or recur due to lack of sleep.

You need sleep for your brain to function optimally. You need good sleep for mental health too. A prolonged lack of sleep is also related to depression. When you have slept well the previous night, your mood is positive and you feel optimistic, setting the tone for the day ahead.

You may do everything you have been told by your sleep doctor—getting to bed at a decent hour, logging off screens two hours prior to bed, drinking copious amounts of turmeric and milk, soaking your feet in Epsom salts, and yet sleep continues to evade you, or the quality of your sleep still suffers.

Does the Direction I Sleep in Matter?

Not all of the four cardinal directions—north, south, east, and west—are considered favorable for a good night’s sleep. Vastu Shastra, the Indian science of architecture, is the science of creating harmony among the five elements in the atmosphere by aligning matter in the right direction and spaces for the most favorable outcomes, e.g., happiness at home, more financial success in the workplace, better relationships, health, and harmony.

According to Vastu Shastra, for the best sleep your head should be directed south or east, and feet north or west. Each direction has its own advantages, based on what you are looking for in life.

East
If you are into studies or academics, sleep with your head in the east direction. This is said to improve memory and focus, while the quality of sleep is deep and meditative. Sleeping in this direction is said to make one feel powerful and full of vitality. So, if you are starting out or are a student, professor, or researcher, this is the direction that will benefit you the most.

For people looking for fame, power, money, and prestige, west is your direction your head should be pointing. Some Vastu experts disagree with this notion; it is said to cause restless dreaming and hyperactivity in sleep, which means you do not get the type of sleep you would ideally want.

Vastu strongly recommends against sleeping in the north-south direction because of the Earth’s magnetism principle at work.

Earth’s Magnetic Pole and Your Sleep

Though this explanation needs more scientific research, it is one of the most widely accepted principles in Vastu Shastra. The Earth’s magnetic pole extends north-south, with the north end being positively charged and the south pole being negatively charged. We know that when two magnets are near each other, the positive attracts the negative end and repels the positive end of the other magnet. It is believed that human beings also have a magnetic field around them which extends in the north-south direction. When we sleep with our head facing south, the subtle attraction between the opposing magnetic forces becomes conducive for a good night’s sleep. Vastu experts also say that sleeping in the direction of the south improves blood pressure and brings health and happiness.

The Best Direction to Sleep According to Feng Shui

The ancient Chinese practice of Feng Shui talks about the sleeping space in terms of how the life force energy or chi interacts with how and in which direction you sleep, and its impact on the quality of your sleep.  For example, Feng Shui experts believe that the chi or life energy enters and exists a room through windows and doors. Placing the bed opposite the door is a big no-no in Feng Shui. The logic being, this makes you more vulnerable and you already are vulnerable in your sleep. Sleeping right opposite the door may invite subconscious worrying about safety and security. So make sure your bed placement is not blocking this pathway. Feng Shui, like Vastu Shastra, needs more scientific backing, though it is a time-tested field of study of life force and how it interacts with humans and their environment.

While there is still research that needs to be done on Feng Shui and Vastu Shastra practices, it won’t hurt to try some of these suggestions to see if you notice a difference.

Be sure to see a doctor if you’re still unable to get a good night’s sleep despite everything you’ve tried so they can rule out possible underlying causes of sleep issues. Not getting enough sleep can affect every facet of your life, including relationships, work,  mental and physical health. 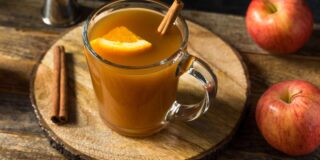 End of Summer Detox and Rejuvenation with Yoga

An Integration of our World-Renowned Happiness Retreat with Contemplative Silence

Regain a life full of happiness, clarity, and emot

Discover the power and freedom of happiness.

End of Summer Detox and Rejuvenation with Yoga

Sail into September with Zucchini Boats

Quick Ways to Uplift the Energy of Your Home

What You Need to Know About Periods