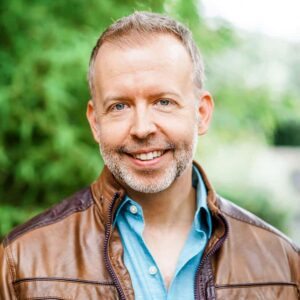 Kyle Cease began his career as a successful comedian with two #1 Comedy Central specials, a #1 ranking on Comedy Central’s Stand-up Showdown, and more than 100 various television and movie appearances, including his stand-out roles in 10 Things I Hate About You and Not Another Teen Movie.

He now uses his comedic prowess to transform audiences through his unique blend of comedy and personal evolution. His first book, I Hope I Screw This Up, is a New York Times, USA Today, and Wall Street Journal bestseller, and he performs his Evolving Out Loud events to sold out audiences across the states and abroad.