How Meditation Can Help You Make Better Decisions

From decision fatigue to anxiety to antisocial behavior, meditation can help you make better decisions more easily, and open your heart and mind to compassionate thoughts and actions.

The concept of ‘sunk-cost bias’ is very interesting. According to this concept, people tend to mope or dwell on their losses long enough to deepen the cut, instead of quitting sooner with minimal losses. For example, wearing expensive shoes that hurt your feet or staying in an unhealthy toxic relationship. Or in the equity market, people hold on to stocks that are bleeding in the hope of a turnaround, which never happens and they end up losing more money than they would have, had they exited earlier. This is called the sunk-cost bias.

Research today says that meditation can help you cut your losses sooner than later by helping you overcome the sunk-cost bias. The practice allows you the clarity of mind to make rational, calm, and collected decisions after weighing all possible options.

Meditation also works on your moods. By increasing the witness consciousness in you, meditation creates an observational gap between your mind and emotions. Emotions themselves are not bad and meditation helps you by separating emotional charge around decisions you need to make. A study published by Ortner C. N. M., Kilner S. J, and Zelazo P. D, showed meditation helped reduce the emotional impact of unpleasant pictures on one’s cognitive tasks, indicating one of meditation’s most powerful benefits in making better and rational decisions.

You are making decisions all day. From the choice of groceries to choosing outfits, financial investments, to making volumes of key decisions at the workplace—there is an endless stream of decision-making that can deplete your mental strength.
A modern nightmare for working professionals is decision fatigue. As you rise up the professional ladder, you are likely to make too many decisions in too little time with too high an impact. And as a result, decision fatigue could set in.

Decision fatigue is the stress and tiredness of having to make one more decision on top of the hundred others you have already made. Under the spell of such fatigue, the risk of slip-ups is higher and often expensive. So what do you do?
For this reason, several companies are actively accommodating spiritual and meditation retreats for their employees, allowing downtime, and have meditation corners in the offices, with an aim to reduce burnout and decision fatigue among the staff.

We are here to prove to you that adopting the practice of meditation not just helps you clear up your head, reduce stress and anxiety, but also supports cognitive function, brain performance and helps you stay in the decision-making game longer. Along with this, research also shows, it helps you make decisions that benefit everyone, rather than some people suffering more than others.

So in the end, if you are a sum of all the good and bad decisions you have made, meditation can definitely help you tip the scale in your favor.

We are often faced with situations where our choices can have a bearing on people around us, whether at our workplace or at home. Very often these situations can be tense and need to be made quickly. Then, your state of mind can make all the difference between a right decision and a wrong one. That is why training your mind with contemplative practices like meditation, special breathing techniques, and yoga is so important—they prepare the mind for making several decisions of equal importance at once, and do it in a state of calm.

Meditation impacts emotional regulation, cognition, and even potentially changing the physical brain structure. But it can also affect the very decision-making process by reducing economic biases, nurturing empathy, and altruism.

Does meditation make you a better person? Researchers at Northeastern University did an interesting study to gauge the impact of meditation on altruistic behavior. The responses were measured on whether the subjects offered a seat to specially-abled persons on their commute. Results revealed that participants who had been trained in an 8-week mediation program, were more likely to offer their seats than those in the control group.

This is not to say that those who don’t meditate will not show such behavior. It is just that those who do, are more likely to. In other words, when you meditate regularly, our minds clear up and our hearts open up, allowing space for kindness and empathy towards others.

Our brain has two systems of processing information before making decisions—reflective and reflexive. Each has its own importance in the process of decision making, and both can be made to function better with regular meditation.

The reflective system, regulated by the prefrontal cortex, is the analytical, logical, and methodical one. It is one that allows you to take a well-thought-out decision when it is a complex situation.

The reflexive system, regulated from basal ganglia and amygdala, is more intuition-based, primitive, and impulse-driven. There is a place for both systems. For example, when there is a life danger, the reflexive system kicks in and helps you make split-second decisions. Whether they are right or not, is known later. Similarly, not every decision we make can be an impulsive one, especially if the situation is more complex, layered, and bears a wider consequence for others.

Meditation aids both these systems. It heightens intuition in long-time meditators. It also trains our mind to spend more time under an activated parasympathetic nervous system, which is the resting mode, when we are calmer and better placed to make good decisions. With this, meditation also helps you make well-analyzed decisions that are not colored by intense emotions.

Discover What We Do Best: Meditation programs at the Art of Living Retreat Center

An adult American is said to make about 35,000 choices each day from minor to life-changing ones, and the process of making so many decisions can get tiring and confusing. But what can save our minds is knowing that each decision is made in the present moment. One of meditation’s obvious benefits is that it improves our present moment awareness. When your mind is so totally and effortlessly in the present moment, then decision-making doesn’t seem as taxing. It also increases the sustained focus one needs to make all these many decisions on a daily basis.

Meditation also allows us to have a larger vision or context to life. When we start making decisions keeping this vision or purpose in mind, the quality of our decisions is likely to improve and be much more far-sighted.

Anxiety can weaken cognitive function, slow down your good reflexes, and effectively cripple your decision-making abilities by hampering the brain’s ability to sheaf out distractions. It can show up as elevated stress hormone levels. The findings from researchers at John Hopkins University who did a mega review of almost 19,000 meditation studies to eliminate inherent biases and lack of comparative view, suggested meditation could ease psychological stress in the form of anxiety, pain, and depression.

Meditation helps one become aware of repetitive thoughts of unproductive worries, and this way it empowers an individual to not let distractions get the better of them when making decisions.

Changes in the Grey Matter Volume

A person with a limited attention span is likely to aggressively use the reflexive system for making decisions, which can sometimes be unfavorable to say the least, while repercussions can be worse in some cases. Today, multiple studies point to how meditation hones your ability to attend to tasks for longer and with more focus. A study with the participants on a 3-month meditation retreat showed, there was decreased variability in attentional processing of target tones.

In other words, meditation helps you not just focus and attend to set targets but it also helps reduce the influence of distracting agencies on your decision-making.
Studies also showed those who meditated regularly had lower reaction time on tasks that required them to switch internally, which demonstrated better memory, more presence of mind, and better executive ability.

If you are involved in a decision-making role in an organization, you probably realize the importance of what you do, by the impact it has on outcomes in recruitment and retention, sales or growth targets, customer acquisition, mergers, marketing strategies, budgeting, etc. Often our habits can become bottlenecks by numbing our ability to make decisions in the best cognitive states. But studies now show that meditation can be useful in cutting down on substance abuse, addiction, and smoking, habits that can, even though temporarily may seem like helping, can in the long run affect your competitiveness in decision making.

Meditation helps navigate negative emotions that can thwart good decision-making. A single decision taken under the influence of anger can cause enough damage for you to regret the rest of your life. Certain practices like compassion meditation can help nurture kinder attitudes among participants. Research shows, practitioners of these techniques showed less anger, lesser intention to punish and higher compensation for victims of unfair treatment on their part.

Meditation opens up those regions in the brain that have to do with feeling a sense of reward and pleasure from engaging in altruism. A study by researchers from the University of Zurich made participants navigate a virtual character to reach its goal of treasure through a maze within a stipulated time. The results showed that those who trained in meditation showed higher prosocial behavior. It also showed a prevalence of more positive mood rather than negative mood, among meditators.

And here’s my favorite part about meditation. Meditation doesn’t just make you a better person, it also reduces implicit biases. According to a study by researchers from Yale University and Michigan State University, those who practiced specific loving-kindness meditations for six weeks showed a significant reduction in implicit racial bias towards African Americans and the homeless. This suggests that loving-kindness meditation can activate implicit attitudes toward different stigmatized social groups via the increase of cognitive control and decrease of psychological stress,” said researchers.

Our meditation programs can help you do that, and so much more.
Learn How 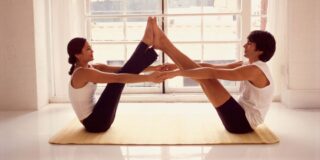 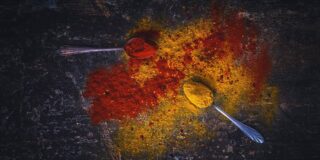 What’s Your Hurry? Have Some Curry! 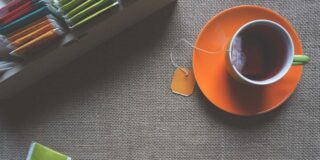 Kick off the New Year with Dinacharya

Love is the Whole Story

For women at all life stages.

A sacred retreat of replenishment and sharing to r

Angels and the Afterlife

Bridging the Gap Between Physical & Non-Physical

A Silent Yoga and Meditation Retreat

Connecting to Hope and
the Love Within Us

Discover the spiritual support that helps and guid

A Life of Meaning

Kick off the New Year with Dinacharya

How to Stay Awake During Meditation

Back to School with Meditation, and More!