10 Ways to Listen for Your Callings

Callings are to some degree developmental, changing as you do. The great vocational question isn’t “What should I do with my life?” or “What do I want to be when I grow up?” or “What major should I declare?” It’s “Who am I?” And who you are changes over time, as will the callings that come through you.

In fact, you can spend so much time waiting around for the great big calling, the bony finger of God, that you end up ignoring all the smaller ones that are right at your feet, and which I think of as the fire-drills for the bigger ones.

The poet Wallace Stevens once said, “I don’t ask for the full ringing of the bell. I don’t ask for a clap of thunder. A scrawny cry will do.” And those scrawny cries come in an impressive variety of forms, and it pays to post sentries at the various gates to apprehend them as they’re coming through.

Calls and passions come as:

All the religions of the world seem to agree that dreams are one of the primary channels through which the gods and goddesses speak to the mortals. Dreams tell you what you really know about something, and as author Tom Robbins once said, “Dreams don’t come true; they are true.” When we talk about our dreams coming true, we’re usually talking about our ambitions.

Most of the calls we receive, and ignore, are the proverbial still, small voices that the Biblical prophets heard, the daily calls to pay attention to our intuitions, be authentic, and live by our own codes of honor.

Our lives are measured out in coffee-spoons, wrote T.S. Eliot. Not in the grand sweeps, but the small gestures. The great breakthroughs in our lives generally happen only as a result of the accumulation of innumerable small steps and minor achievements. We’re called to reach out to someone, pick up an odd book on the library shelf, sign up for a class even though we’re convinced we don’t have the time or money, go to our desks each day, turn left instead of right.

Song Lyrics You Can’t Get Out of Your Head

Years ago, while considering an impulsive career decision, I kept hearing in my head, for weeks, one line from the Wizard of Oz: “If I only had a brain.” I was apparently not thinking it through.

The novelist Anne Tyler once said that she can tell what her husband is really thinking by the tunes he absentmindedly hums in the car. Take note.

A conversation you overhear in a restaurant or laundromat that seems as though it’s spoken directly to you, or addresses some unspoken issue in your life.

A decision you need to make in your life right now—some issue that’s hanging in mid-air waiting for resolution.

Wherever there’s friction in your life, because as in nature, friction occurs where changes are trying to take place, or are taking place. So where does the need for passion rub up against the need for security? Where does walk not quite match talk, or head constantly argue with heart? What do you consistently fight with other people about?

Wounds that might be gifts, in which case consider this advice from author Jean Houston: retell the story of your life with the wound as the middle of the story, not the end!

Those events that perhaps give you your life’s work and determine from that day on what it is you have to say to the world; events that just split your life into BC and AD, into marking time as whatever came Before the Crisis—the accident, illness, loss, divorce— and the time that came after it.

The patterns in your life. Wherever you’ve worn footpaths to and from certain issues over time. Like the lessons you’ve endlessly had to learn, the mistakes you continually find yourself making, the kind of partner you continually attract, getting fired again, even the section of the bookstore you always go to first.

I have a whole chapter in Callings called “The Language of the Body,” because the word symptom means a sign—of what?—and the word pathology means the logic of pain, the logos, the meaning, of pain—what does it mean to you?

And here’s a provocative idea: the psychologist Arnold Mindel, who started Process Oriented Psychology, says that symptoms are often dreams trying to come true. Which parallels a belief I have myself: talents and passions—especially the BIG ones—become needs, and if those needs aren’t met somewhere along the line, they become symptoms of one sort or another in your life. They could be emotional symptoms like restlessness, boredom, frustration, anger, or ency at other people’s successes, or just feeling out of whack with yourself. Or they could be physical symptoms like headaches. backaches, ulcers or insomnias.

I was at a writer’s conference some years ago, and a woman walked up to me after my presentation and said one of those things people won’t generally share with you unless they’re pretty sure they’re never going to see you again. She said: “Do you know why I’m so fat?” This is not a question you’re supposed to answer, and besides, before I could even gather my wits, she answered the question. She said, “It’s because I have so many stories inside me that I’m not writing down.”

There’s no science or philosophy I know of that could dispute a self-diagnosis delivered with that kind of certainty and clinical detachment. This woman knew her symptom—in the sense that it was a sign—meant something, and she knew exactly what it meant. It was the mark of Jonah. It was evidence of her flight from a calling, and one, as she put it, that was literally pushing out from inside. 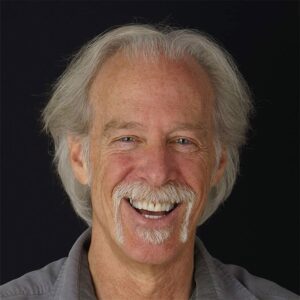 Gregg Levoy
Gregg Levoy is the author of Callings: Finding and Following an Authentic Life, rated among the Top 20 Career Publications by the Workforce Information Group; and Vital Signs: The Nature and Nurture of Passion.