Every Single Human Being has a Guardian Angel

In my book Stairways to Heaven, I tell the story of how I met a Jewish mother and daughter when I was doing a signing in Philadelphia in the United States a few summers ago:

“As I was saying goodbye to a woman an angel tapped me on the shoulder, and pointed down the queue saying; ‘There is a mother and child there who are very nervous. I am the mother’s guardian angel. My name is Rosalet.’

“When it was their turn, they walked towards me looking very nervous. The mother sat down on the chair beside me and said, ‘We are probably not meant to be here. We were unsure whether we would be allowed to come into the shop because this is a catholic shop and we are Jewish’. Up to that moment I hadn’t even noticed that it was a Catholic shop and I was shocked that someone of any religion would think that they weren’t welcome. The mother added, ‘Lorna, maybe God hasn’t given us Jewish people a guardian angel?’, still talking in a very hushed voice. I reached out to them both and took their hands, saying urgently, ‘Don’t you know that every single human being has a guardian angel. This is a gift from God. It doesn’t matter what religion you are or even if you have no beliefs at all. You both have guardian angels. I can see them both behind you as clearly as I can see you.’

“As they left happily I thanked both of their guardian angels for guiding them to come to see me that day, despite their fears. I was very moved, though I was still shocked to think that they could think they didn’t have a guardian angel because of their religious faith. We are all God’s children and God has given each and every one of us a guardian angel that never leaves us for one second. We are never alone. Our guardian angel is always with us and is the gatekeeper of our soul.”

Reposted with permission from lornabyrne.com.

Beloved Irish spiritual teacher and best-selling author Lorna Byrne guides you in connecting deeply to the spiritual support around you and the love of your soul.
July 28–30, 2023 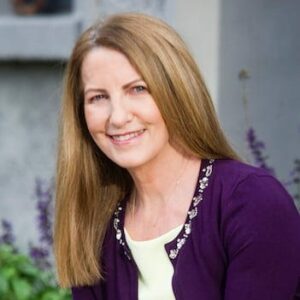 Lorna Byrne
Spiritual teacher, international bestselling author and philanthropist Lorna Byrne has dedicated her life to remind humanity of the spiritual potential within us all. She is the author of seven best-selling books, including Angels in My Hair, A Message of Hope From the Angels, and Angels at my Fingertips, and her books have been published in more than 50 countries and 30 languages around the world.

Connecting to Hope and
the Love Within Us

Discover the spiritual support that helps and guid

A Channeled Journey for Achieving New Levels
of Alignment, Healing, and Life Purpose