Mental Health and Machismo: How to Help the Men You Love

Research indicates that more women than men suffer from mental health issues, but perhaps much of the difference scientists find when evaluating the prevalence of certain disorders has to do with societal expectations on gender and mental health.

Additionally, the societal ideal of the “macho man” keeps far too many men from seeking the care they desperately need. Here are six reasons men tend to hide issues about their mental health, and how you can help.

1. The Stigma is Real

One common theme emerges when we listen to men surveyed about their mental health: men feel insecure about addressing their problems. Boys grow up hearing countless lectures on how to be a “real” man—stereotypes reinforced by the media. Whether it’s the importance of being big and muscular, or the refusal to discuss sensitive issues, these narratives are hammered into men’s brains from a young age.

Only when we stop expecting different things from one gender than we do another can we all be free to express ourselves and stop feeling the pressure to live within arbitrary gender standards.

The term “toxic masculinity” appears in many opinion columns, but what does it mean?

Toxic masculinity refers to the expectation to conform to heteronormative behaviors, such as using physical prowess to settle disputes.

Unfortunately, the focus on fight contradicts the human need for flight at times. Men need to know it’s OK to feel afraid or hesitant. Such emotions are completely natural, and don’t make them weak.

3. Bias from the Medical Establishment

Even though women with chronic pain conditions get dismissed more often by doctors, men endure prejudice from health care providers, too. So much so that many men will eschew visiting medical professionals unless the pain grows unbearable.

Physicians expect men to keep a stiff upper lip, and any displays of “female” emotions, such as tears, can still bring contemptuous replies from some doctors.

Anyone visiting the ER or seeking medical attention deserves care and concern from those they reach out to.

When men experience depression and anxiety, they often act out in ways society praises. For example, depressed men may behave aggressively, which co-workers may interpret as a go-getter attitude, not a symptom of a disorder.

5. The Brain is a Physical Organ, Too

The brain is an organ like any other, and when it becomes sick, many men attempt to self-medicate with drugs or alcohol rather than seeking help. Studies show that as much as 50% of people who struggle with an alcohol use disorder also have depression. And because alcohol is so frequently used in social situations, it’s not necessarily surprising that about 20% of sufferers of social anxiety disorder—a very common form of anxiety—also report alcohol dependence or misuse.

If you notice a man you love going through an entire 12-pack of beer in one evening or perhaps coming home unusually late most nights, schedule a heart-to-heart talk. Whether the individual in question is a roommate or a loved one, a nudge in the direction of help could improve their life.

Unfortunately, the stigma against men who admit to mental health woes can prove considerable. Combat this ignorance whenever possible! Share social media posts regarding various mental illnesses, and show up for rallies and marches intended to grow awareness.

Most importantly, lend a listening, nonjudgmental ear. The power of human empathy remains misunderstood, but anyone who has ever experienced the blues knows how valuable true friendship is. Simply sitting with someone who is hurting can help boost their mood.

How You Can Help

No matter your own gender identity, you can help the men in your life in need of some mental care in several ways.

Do it together. By working on maintaining your mental health together, you’re letting him know that he’s not alone, and that your concern for him does not stem from judgement but from a place of love. There are many things that you can do with him, but picking up a meditation practice together specifically can drastically improve mental health and happiness. Yoga is also known for calming the mind and increasing overall wellness.

Allow them to come to it at their own pace. Unfortunately, you can’t undo decades of social conditioning with a few kind words. But luckily, wellness and self-care are becoming more and more popular in the public eye. Remember the old saying: you can’t serve from an empty vessel—and prioritize your own wellness, letting your loved ones know that you’re there for them if they need support. When they see how well you’re doing, they might want to try your tricks as well!

Resources to help you are available from organizations like the National Alliance for Mental Illness, the National Suicide Prevention Lifeline, and therapists and support groups in your community.

Speaking with a man who may be suffering from  mental illness may sound intimidating. However, those who need help the most often know how to ask for it the least. By reaching out, you may change his life for the better.

Experience relief from the symptoms of depression, anxiety, and SAD with practical, self-empowering tools of breathwork and meditation!
Create Lasting Happiness

Three Ways to Cultivate an Attitude of Gratitude

The Art of Yoga: Slow and Steady 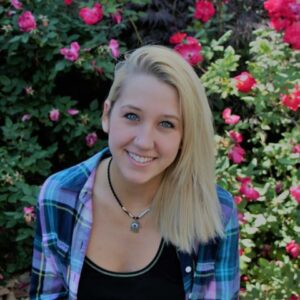 Listening to the Mind to Heal the Body

Ayurveda 101: The Basics of Ritucharya

The Difference Between a Vacation and a Wellness Retreat