The summer I was 18 I was driving down a country road with my mother. This was in the rural county where I grew up and all of the roads were country, the houses spread out over miles, hardly any of them in sight of a neighbor. Driving meant going past an endless stream of trees and fields and wildflowers. On this particular afternoon, my mother and I came upon a yard sale at a big house where a very old woman lived alone, her husband dead, her kids grown and gone.

“Let’s look and see what she has,” my mother said as we passed, so I turned the car around and pulled into the old woman’s driveway and the two of us got out.

We were the only people there. Even the old woman whose sale it was didn’t come out of the house, only waving to us from a window. It was August, the last stretch of time that I would I live with my mother. I’d completed my first year of college by then and I’d returned home for the summer because I’d gotten a job in a nearby town. In a few weeks I’d go back to college and I’d never again live in the place I called home, though I didn’t know that then.

There was nothing much of interest at the yard sale, I saw, as I made my way among the junk—old cooking pots and worn-out board games; incomplete sets of dishes in faded, unfashionable colors and appalling polyester pants—but as I turned away, just before I was about to suggest that we should go, something caught my eye.

It was a red velvet dress trimmed with white lace, fit for a toddler.

“Look at this,” I said and held it up to my mother, who said oh isn’t that the sweetest thing and I agreed and then set the dress back down.

In a month I’d be 19. In a year I’d be married. In three years I’d be standing in a meadow not far from that old woman’s yard holding the ashes of my mother’s body in my palms. I was pretty certain at that moment that I would never be a mother myself. Children were cute, but ultimately annoying, I thought then. I wanted more out of life.

And yet, ridiculously, inexplicably, on that day the month before I turned 19, as my mother and I poked among the detritus of someone else’s life, I kept returning to that red velvet dress fit for a toddler. I don’t know why. I cannot explain it even still except to say something about it called powerfully to me. I wanted that dress. I tried to talk myself out of wanting it as I smoothed my hands over the velvet. There was a small square of masking tape near its collar that said $1.

“You want that dress?” my mother asked, glancing up nonchalantly from her own perusals.

“Why would I?” I snapped, perturbed with myself more than her.

“For someday,” said my mother.

“But I’m not even going to have kids,” I argued.

“I don’t have a dollar,” I said with finality.

“I do,” my mother said and reached for the dress.

I put it in a box, in a cedar chest that belonged to my mother. I dragged it with me all the way along the scorching trail of my twenties and into my thirties. I had a son and then a daughter. The red dress was a secret only known by me, buried for years among my mother’s best things. When I finally unearthed it and held it again it was like being slapped and kissed at the same time, like the volume was being turned way up and also way down. The two things that were true about its existence had an opposite effect and were yet the same single fact:

My mother bought a dress for the granddaughter she’ll never know.

My mother bought a dress for the granddaughter she’ll never know.

How beautiful. How ugly.

How little. How big.

How painful. How sweet.

It’s almost never until later that we can draw a line between this and that. There was no force at work other than my own desire that compelled me to want that dress. It’s meaning was made only by my mother’s death and my daughter’s birth. And then it meant a lot. The red dress was the material evidence of my loss, but also of the way my mother’s love had carried me forth beyond her, her life extending years into my own in ways I never could have imagined. It was a becoming that I would not have dreamed was mine the moment that red dress caught my eye.

My daughter doesn’t connect me to my mother more than my son does. My mother lives as brightly in my boy child as she does in my girl. But seeing my daughter in that red dress on the second Christmas of her life gave me something beyond words. The feeling I got was like that original double whammy I’d had when I first pulled that dress from the box of my mother’s best things, only now it was:

My daughter is wearing a dress that her grandmother bought for her at a yard sale.

My daughter is wearing a dress that her grandmother bought for her at a yard sale.

It’s so simple it breaks my heart. How unspecial that fact is to so many, how ordinary for a child to wear a dress her grandmother bought her, but how very extraordinary it was to me.

I suppose this is what I mean when I say we cannot possibly know what will manifest in our lives. We live and have experiences and leave people we love and get left by them. People we thought would be with us forever aren’t and people we didn’t know would come into our lives do. Our work here is to keep faith with that, to put it in a box and wait. To trust that someday we will know what it means, so that when the ordinary miraculous is revealed to us we will be there, standing before the baby girl in the pretty dress, grateful for the smallest things.

Posted with permission from cherylstrayed.com. 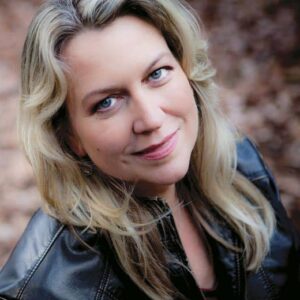 Cheryl Strayed
Cheryl Strayed is the author of the #1 New York Times bestselling memoir Wild. She is also the author of The New York Times bestseller Tiny Beautiful Things, a collection of her widely popular Dear Sugar columns for TheRumpus.net, and the critically acclaimed novel Torch, a finalist for the Great Lakes Book Award. Her writing has appeared in The Best American Essays, The New York Times Magazine, The Washington Post Magazine, Vogue, Allure, The Missouri Review, Creative Nonfiction, The Sun and elsewhere. Her books have been translated into 26 languages around the world. At age 22, Cheryl found herself shattered by two major life events: her mother’s sudden death from cancer and the end of her young marriage. After hitting rock bottom, she decided to confront her emotional pain by trekking over 1,000 miles along the Pacific Crest Trail. Wild tells the amateur hiker’s tale, peppered with the colorful characters she encounters along the way, as she struggles to find inner peace and stability. Cheryl’s story inspired Oprah Winfrey to revive her tremendously popular book club, with Wild as its inaugural selection for the launch of Oprah’s Book Club 2.0. The story also inspired producer and actress Reese Witherspoon to bring Wild to the big screen in 2014. Cheryl’s personal struggles and story of survival motivate and inspire crowds. She is a dynamic speaker, and her moving rhetoric resonates with audiences of all sizes. She holds an MFA in fiction writing from Syracuse University and a bachelor’s degree from the University of Minnesota. She is a founding member of VIDA: Women in Literary Arts, and serves on its board of directors.