Entrainment: You Synchronize to the Energy Around You

We’re all affected by the subtle energy around us, though it often happens below the level of our consciousness.

Real estate agents talk about people who walk onto the porch of a house with great curb appeal but turn around and walk away before they even reach the front door. On some level they sense the energy isn’t right. You may have had the experience of thinking of a friend moments before they emailed you, or hearing a text message arrive and knowing who had sent it before even looking.

Biologist Rupert Sheldrake’s book The Sense of Being Stared At shares fascinating studies proving that we often can feel it if someone is staring at us, even when they’re standing behind us. We all are amazingly sensitive receivers of the invisible information around us.

With my hypersensitivity, I was like the canary in the coal mine, experiencing symptoms and feeling the energy in ways other people wouldn’t. (But remember, if the canary goes into the coal mine and keels over—that means it’s not okay for anyone to be there!) Some people are highly aware and struggle to manage that experience. Others keep themselves so distracted that they don’t notice that they’re being affected. And for all of us, it’s natural to assume that the thoughts or feelings we’re having are ours, rather than coming from the person sit-ting next to us in Starbucks!

Research has shown that in restaurants, people tend to chew their food to the speed of the music playing in the background. That’s not about sensing energy, you might be thinking, it’s just about hearing, one of our regular five senses. It’s probably that they’re listening to the beat of the music and unconsciously aligning to it. Well, scientists also found that if there’s no music playing, and even if someone’s sitting at the table eating alone, they will tend to chew to the same speed of those eating around them. Now, we can be pretty sure people aren’t looking around to see how fast others are chewing and trying to match their rhythm!

Researchers have even found that people react to the subtle background hum of the electrical current in their environment. In the U.S. and Canada, electricity operates at a current of 60 cycles per second. The resonant frequency of that kind of electrical current relates to the B natural tone on a musical scale. In Europe, the electrical current is 50 cycles per second, which relates to G sharp on a musical scale. In one study, a group of students from the U.S., Canada, and Germany were asked to spontaneously hum whatever tone came to mind. For the North Americans, B natural was the most frequent one hummed. As for the Germans? They hummed G sharp.What’s going on?

We’re not just affected by the invisible world around us; we actually synchronize with it. In science, the concept is called “entrainment,” which is when separate systems come into a coherent rhythm with one another. This principle can be demonstrated if you put a bunch of grandfather clocks in a room together, each with their pendulum swinging at a different rate from the others. After some time, you’d come back to find that all the pendulums were now swinging in unison, their rhythms entrained.

This is the same reason many people report that studying in person with a guru is so powerful for their spiritual development—just sitting in the presence of the guru entrains their system to hold a different vibration. The unfortunate fact is that most of us aren’t hanging out with gurus in our everyday lives. Instead, we’re surrounded by co-workers—some who may have just had a fight with their husband, or who got only three hours of sleep last night, or who are freaking out about that big deadline—all broadcasting their feelings out into their environment! Your system can entrain to that stress, and it can stay with you, affecting how you think and feel throughout the day. It can be held in your energy field, so when you come home in the evening, you’re walking in the door not only with your own stress but also what you took on from others as well.

My client Stephanie discovered how this was happening in her own life. Her husband worked in a busy urban hospital emergency room, and when his shift ended in the middle of the night, he’d crawl into bed while she was already fast asleep. No matter how quietly he eased himself onto the mattress, she’d immediately wake up. Stephanie said, “I just get this awful feeling. It’s not from him, but more like it’s from a big cloud around him. It makes me so uncomfortable, I can’t relax and go back to sleep.”

What this highly sensitive woman was experiencing was not just how her husband felt after finishing his work that night. It was also all the anxiety and panic of the patients, the stress of the medical staff, and probably even the intense effects of all the electromagnetic fields from the equipment in the hospital that had infiltrated her husband’s energy field and followed him home to bed.

You may already be able to identify experiences in your own life where you feel as though you were affected by other people’s energy or by the environment you were living in. We are always receiving “information” from the world around us that impacts us in different ways. But it’s important to understand that’s not the whole picture. We’re receivers of energy—but we’re transmitters too! 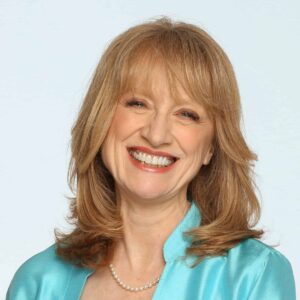 Jean Haner
Jean Haner, author of the book Clear Home Clear Heart, has worked in the field of subtle energy for more than 30 years. A natural intuitive empath, Jean teaches how to feel and work with the energy of people and places.

Relaxation – It’s all in the Pause.

5 Ways to Strengthen Your Intuition